For more than 25 years, Gale Pearson has represented thousands of plaintiffs in a range of complex litigation, from environmental law to pharmaceutical litigation to Qui Tam prosecution. Before receiving her Juris Doctor from Loyola Law School, Gale attended California State University, where she studied laboratory medicine, physics, and chemistry. She spent years working in the Los Angeles County/USC Medical Center and is a nationally recognized clinical laboratory scientist. As such, Gale plays a substantial role in Nachawati Law Group's representation of those harmed by environmental polluters, as well as the bad acts of the pharmaceutical and medical device industries.

Throughout her career, Gale has played a pivotal role in several MDL litigations, serving on science committees or, as in the case of a Certified Class Action against Phillip Morris, Co., and its parent company, as lead counsel. In United States Absher v. Momence Meadows Nursing Center Inc., she served as co-lead counsel and helped achieve a substantial verdict for her clients. In addition, she was asked to serve as Plaintiff’s liaison counsel in the Minnesota State Medtronic Cases and was appointed to the same position in the Minnesota State Guidant Cases.

A member of the Million Dollar Advocates Forum, Gale’s legal success has earned her peer recognition across the country. In 2003, U.S. Supreme Court Justice Stephen Breyer presented her with the Outstanding Pro Bono Service Award for her work with the September 11th Victim Compensation Fund. In 2005, she was recognized by Forbes Magazine as among America’s top attorneys, and she has been named to the Minnesota Super Lawyers list by Thomson Reuters from 2015-2019. Gale is frequently invited to speak on scientific issues related to pharmaceuticals, as well as complex interstate civil procedures. 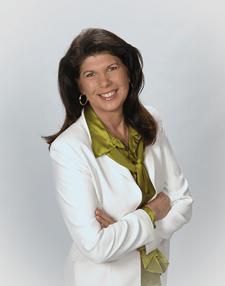